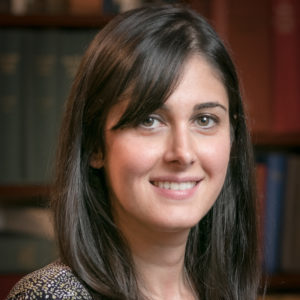 Ava Majlesi is the associate director of the Miller Center for Community Protection and Resilience (CPR), director of the Center for Critical Intelligence Studies (CCIS) and Associate Professor of Professional Practice, Department of Political Science, Rutgers-New Brunswick. She also serves as Program Director for the Rutgers Intelligence Community Center for Academic Excellence, a designation and grant award the University received in January 2015, and program director for the minor in critical intelligence studies through the political science department at the Rutgers –New Brunswick School of Arts and Sciences.

Majlesi joined the Rutgers Law School advancement office in 2008, and was later promoted to director of development, a position she held from 2010–2014. During her tenure, Majlesi also received her master’s degree in public administration, summa cum laude, from the Rutgers School of Public Affairs and Administration. Her thesis, entitled Policing New Jersey’s Urban Areas during Times of Economic Crisis, included an examination of policing techniques utilized in three of New Jersey’s major cities—Newark, Trenton and Camden. She served as associate director for the Institute for Emergency Preparedness and Homeland Security prior to taking on her current roles at the University.