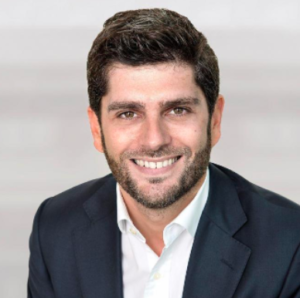 Jonathan Biermann is Deputy-Mayor of Uccle (district of Brussels), in charge of urban planning and housing. Elected as a member of the city council since 2006, a member of the local executive in 2012 (in charge of public works and mobility) and re-elected in 2018. He is also in charge of te municipality crisis plan.

Jonathan is a lawyer at the Bar of Brussels and was the Political Adviser to the President of the Belgian Senate, the Development Minister,  and the Minister of Foreign Affairs, responsible for the politico-military issues, the fight against intolerance as well as anti-semitism. During his Law Degree at the Université Llibre de Bruxelles, he was Chairman of a students association “Cercle du Libre Examen” and then Adviser  to the Rector for cultural Affairs. He was elected President of the Alumni of the Brussels University (ULB) from 2015 to 2018.

He is now in charge of establishing strategic partnerships for the Jewish Community Security.

Jonathan is a Visiting Fellow and Research Scholar for the Rutgers University Miller Center for Community Protection and Resilience (CPR).

Jonathan is a member of the board of a couple of public companies (the water company, the regional company in charge of the city development) and communal projects (Jewish day school, Brussels University Alumni)