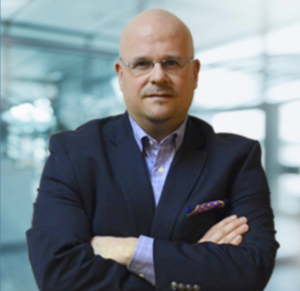 Mr. Genatempo was named Fellow of Rutgers University’s Miller Center for Community Protection and Resilience in 2017 where his responsibilities include managing the Center’s training and outreach initiatives as well as the development and delivery of the Center’s newest training programs on domestic terrorism, emergency management, and civil unrest.

As the Managing Director of Cardinal Point Strategies (CPS), Mr. Genatempo provides project oversight, information technology management, and integration support for many CPS’ largest initiatives, as well as responsible for managing the company’s internal operations and employee management. Considered one of the leading strategists on IT security solutions, Mr. Genatempo served as the senior information officer for several websites designed to provide government agencies, law enforcement and the private sector with vital data on national and global security.

For the last decade prior to 2018, Mr. Genatempo served as the Director of Training and Outreach and Program Administrator for one of the company’s main initiatives, the Secure Community Network (SCN). SCN is the nation’s first non-profit information sharing and analysis center. Recognized by the U.S. Department of Homeland Security as a model program, SCN was initially designed to collect, analyze and distribute information related to the security of the American Jewish community. Mr. Genatempo was responsible for the dissemination of critical information to counter terrorism threats to SCN members. He has trained thousands of institutions and individuals worldwide in a wide range of security topics.

Mr. Genatempo has conducted numerous technical counter surveillance, vulnerability and risk assessments for clients, organizations, and high-profile individuals. His experience with the CPS includes oversight and coordination of event security for the largest women’s organization in the world during their annual conference of more than 2,500 participants. Mr. Genatempo was part of a team of law enforcement specialists that designed and implemented training programs for law enforcement agencies in Europe and Asia on how to identify, investigate and prosecute hate crimes, domestic terrorism, and civil unrest. This program has been adopted, in whole or in part, into the police academy curriculum of nearly a dozen Eurasian countries.

Prior to joining CPS, Mr. Genatempo was a manager for one of the world’s largest specialty retailers where his responsibilities included risk and personnel management,  loss  prevention, and operations in several of their installations. He earned a Bachelor of Science degree from Rutgers University and is an active member of ASIS International, the leading organization for security professionals worldwide.