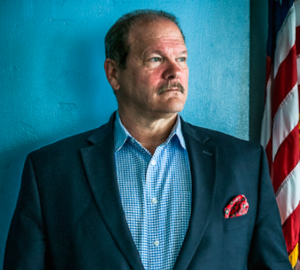 Paul Goldenberg is a highly decorated former law enforcement and national security professional recognized globally as an objective and principled advisor.  Through his work as member of the United States Department of Homeland Security Advisory Council (HSAC), the former head of the Office for Security and Cooperation in Europe (OSCE) transnational policing program, and Senior Fellow with the Rutgers University Miller Center for Community Protection and Resilience (CPR), Mr. Goldenberg has played a key role in setting domestic and international policy for the legislation and investigation of hate crimes, countering violent extremism, and has been an international thought leader in information sharing, conflict resolution, public safety, cyber security policy, and creating and managing public-private partnerships among federal, state and local governments. At the direct request of the United States Secretary of Homeland Security Mr. Goldenberg has chaired several highly sensitive national DHS efforts, such as the 2019 Subcommittee for the Prevention of Targeted Violence Against Faith Based Communities, the National Cyber Security and Foreign Fighter Task Forces.

In 2004, Mr. Goldenberg spearheaded an international law enforcement mission for the Organization for Security and Cooperation in Europe (OSCE), the world’s largest government security initiative, during which he worked in more than eight European nations including Ukraine, Hungary, Kosovo and Croatia where he advised government and NGO groups on topics such as community conflict and the advent of transnational extremism. Many of his recommendations were implemented in several European states.

Mr. Goldenberg has received numerous honors while working as a law enforcement officer in urban Essex County, New Jersey.  In addition, he served four years as a deep undercover agent for the South Florida Strike Force, and for his efforts was recipient of Florida’s most distinguished citation for valor: Officer of the Year. His on-the-ground works ultimately led to over 200 arrests for gun running and organized crime.

Mr. Goldenberg has testified before the U.S. Congress, Presidential Commissions, the British Parliament’s Foreign Affairs Committee, EU, Helsinki Commission, and appeared as an expert panelist and guest speaker at transnational security forums, both in the U.S. and abroad. He has been profiled, interviewed and has also contributed to leading television shows and publications worldwide, including Newsweek, The Washington Post, The New York Times, The Wall Street Journal, and Der Spiegel. He has received numerous honors from Muslim, Jewish, Christian, African American and Asian Indian advocacy groups and organizations here in the USA and abroad.