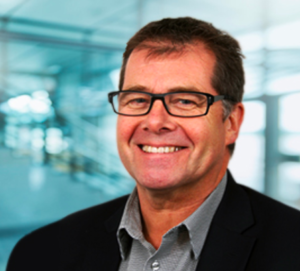 Sean Griffin is the former Deputy Head of the Europol counter terrorism unit, having worked for the organisation between 2003 and 2014. He now works as an independent consultant, specialising in international law enforcement, counter terrorism and countering violent extremism.

Upon leaving Europol, Mr. Griffin was selected for the Organisation for Security and Cooperation in Europe (OSCE) expert’s roster as a subject matter expert concentrating on the Criminal Justice Response to Terrorism, contributing to capacity building workshops in Skopje, Sofia, Tashkent and Montenegro. More recently the United Nations office for Drugs and Crime (UN-ODC), Terrorism Prevention Branch, has engaged Mr. Griffin as a senior consultant for capacity building programmes on Preventing and Countering Violent Extremism, with particular reference to returning foreign terrorist fighters. The programmes were delivered in Western Balkan, Central Asian and, currently, South and South-East Asian states.

In 2015 he was engaged as a consultant to the Rutgers University Faith Based Community Security Programme (now the Miller Centre for Community Protection and Resilience) with an emphasis on developing policy and programmatic guidance that local and national law enforcement authorities, faith- based organizations and the broader security community can use to partner more effectively in detecting and addressing threats to their communities; and working directly with communities and law enforcement agencies in the United States and Europe, in the implementation of best practices in this arena.

During his time at Europol he was responsible for coordinating operational support to European Union Member States’ investigations into al-Qaeda inspired terrorist activity and was project manager for Europol activities relating to foreign terrorist fighters. He also represented Europol in the EU Commission CT working group and various international bodies, including the Global Counter Terrorism Forum (GCTF) and the United Nations Counter Terrorism Executive (UN-CTED).

As a result of lessons learned in implementing the Europol Preparedness Programme (following terrorist attacks in the EU in Madrid 2004 and in London 2005), he developed the concept of what is now known as the EU First Response Network (FRN), which effectively became the EU counter terrorism task force in waiting. The FRN was first activated in the wake of the Anders Breivik attacks in Oslo in July 2011. Mr. Griffin headed this first ever ‘First Response Team’, charged with supporting the Norwegian authorities and with assessing the further response required at the EU level via a report to the EU Council of Justice and Home Affairs Ministers.

Mr. Griffin joined the Police Service in 1978, transferring into plain-clothes work as a Detective in 1983. After a period on the Major Crime Team, he moved into covert operations in 1989, where he first became involved in the field of National Security. He later joined the Special Branch in 1998 where he remained until his move to Europol.